Adrian Kennedy and Robin Canning, our two fundraising cyclists, had a great time at the event. Here's what Adrian had to say:

"Robin and I got to meet Chris Froome and congratulate him on his recent Tour de France victory. On the day of the event is was an early start. We had to be on the start line for around 5.30am for an official start time of 6.42am. Although the weather turned out to be fabulous later in the day, it was a very chilly wait at 5.30 in the morning waiting for our wave to get going. 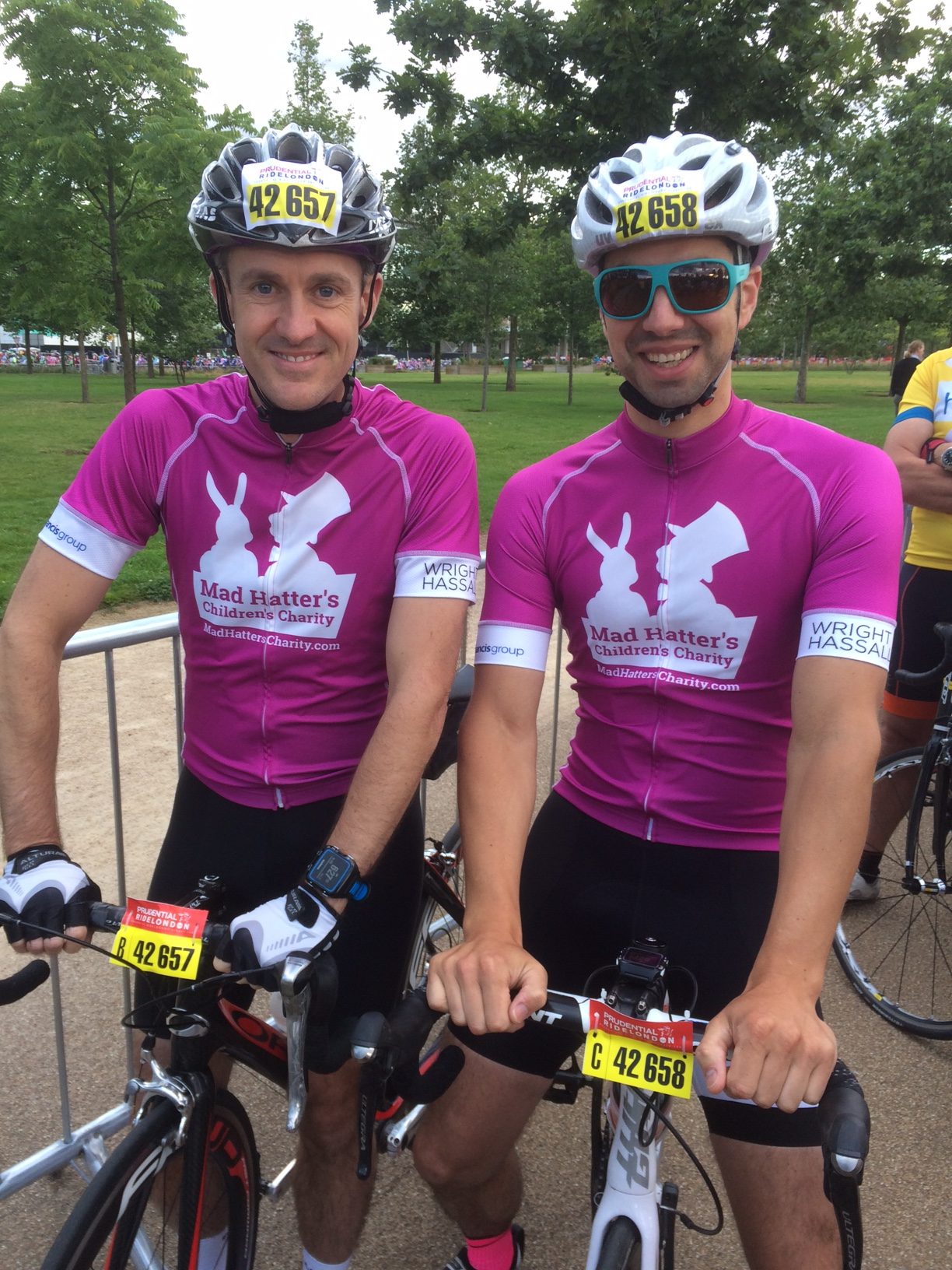 "I have ridden the Ride London once before, in 2013 in the inaugural event. I remember the course being incredibly fast as the roads are closed and the sheer amount of riders on the course pulls you along. I had completed the course in 2013 in 5 hours 3 minutes. I was aiming for a time of under 5 hours 30 minutes this time around as I spent a large part of the last 12 months with an illness called Sarcoidosis. I am now almost fully recovered from the illness, but I had a long time away from training and I was not confident about my fitness going into the event. Robin on the other hand is our Triathlon Club captain and is super fit, so no worries for him.

"Conditions were perfect for cycling. As we were out early we missed the crashes and detours and rode the full course. We had tactics of tucking in until the Surrey Hills and then pushing on through the hills and back into London. By the time we got back into London with about 20 miles to go, I was absolutely knackered. Robin put some great efforts in on the front and allowed me to tuck in behind to get breathers as we held on for the last 20 miles or so.

"The last five miles down the embankment, passed Trafalgar Square and then the obligatory sprint down the Mall were just fantastic.

"I have attached my finishing certificate, a photograph of us both at the start and one of Robin relaxing in Green Park after we’d finished.

"Thank you for the chance to ride for your charity."

It's not to late to help add to Adrian and Robin's fundraising efforts - you can still contribute at www.justgiving.com/fundraising/madhatters-ridelondon

Sponsor our fundraisers that are cycling the Surrey100 to raise money for Mad Hatter's Children's Charity!

This is a world-class festival of cycling and will take place over the weekend of Saturday 30th July and Sunday 31st July 2016. Taking a cue from the London Marathon, amateur cyclists participate in RideLondon Surrey 100 on the Sunday - a 100 mile challenge on the same roads as the professionals with the added incentive of raising money for good causes. This is broadcast live on TV in the UK and internationally and will be seen by an audience of millions.

Help raise money for the charity by sponsoring our two keen fundraisers. Go to www.justgiving.com/fundraising/madhatters-ridelondon